Taxes, Like Rain in the Spring, are a Constant, But You Can Open an Umbrella

Taxes, Like Rain in the Spring, are a Constant, But You Can Open an Umbrella

Many people are looking at their calendar and realizing that June has passed.

Although they had great intentions in March and April of getting proactive in and around learning how to mitigate this year’s tax outcomes, the time has slipped by. People who should be storing capital differently in that stock brokerage account have already been paid six months in dividends that are coming to them as a 1099 next tax season. Those people that meant to move the funds out of the bank are going to receive six months of interest now. People who see the calendar, see the date, and are already feeling remorse, often say “Oh well, too late again this year”, since mentally, “the damage is done”.

This is intended to be an encouragement for those taxpayers because the damage does not have to be done. Even with six months of time gone by, changing behavior by early July, along with a few tax tricks most tax planners know, can still allow you to mitigate most of the tax for January through June. 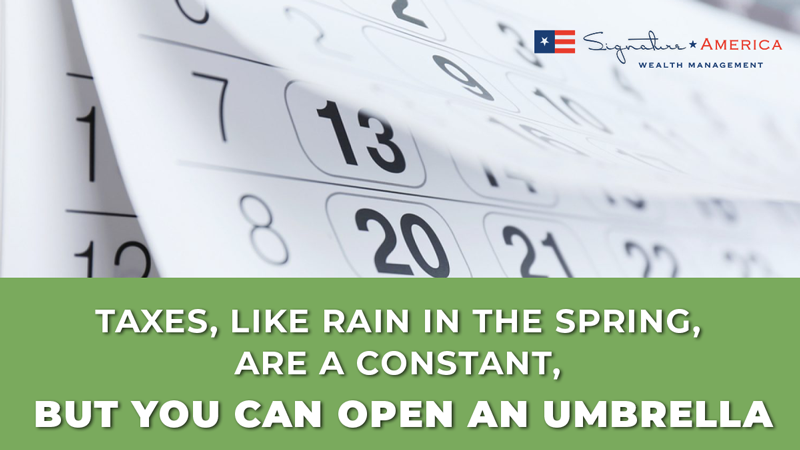 Business owners, if you are going to do a tax analysis because your K-1 last year was large...

July can be a good time to look into that, as this is usually a somewhat slower time for many businesses. Perhaps not for some of the service industries in vacation towns, but many businesses have employees out on vacations and things are slower. What better time to finally meet with a tax planner and dig further into what being proactive looks like. Like many things, tax planning isn’t one big idea that fixes the problem. It’s a 5% tweak here and an 8% tweak there, and a 4% tweak in that other place. It’s ten little pieces that all need to be altered, that add up to that 30%, 40% or 50% lower tax burden.

Slice up the New Year this way:

In August, we’ll tweak another. In October, we’ll tweak one more, etc. Work on the most important thing in July so it has the longest time to positively affect the numbers. The second most important thing in August. Is that all optimal? No. It would be better to stop and change everything now, but who’s got time for that? Take a “slice the salami” approach, and maybe you could save 40% of what could have been done if you had started in January, but you’ll set yourself up for success next year.

What’s your takeaway here? You have lots of ways to get it done.

Step one is caring about it. Step two, meeting with a tax planner such as Paul Kalra, at Signature America Wealth Management, Lake Forest, California, who can take the helm and help you make a plan of attack, educate you in small bites as you have time, and help you execute without everything else having to come to a complete stop. Time is a constant but procrastination doesn’t have to be!