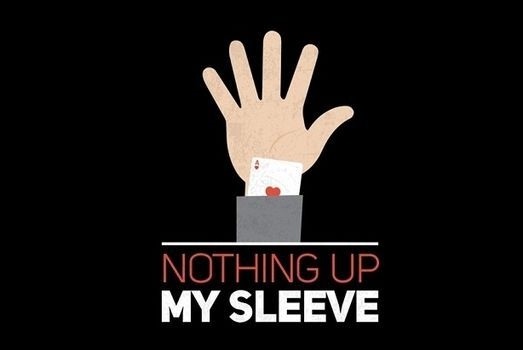 That’s a reference to an old cartoon where Bullwinkle the moose was about to do a magic trick and would push up his fur, as if it was a shirt, and say “nothing up my sleeves, PRESTO” and pull a rabbit out of a hat.  It would never be a rabbit that came out of his hat, of course.  The trick always went wrong and instead he would pull out Rocky the flying squirrel, his cartoon partner in adventures.

Sometimes, when the IRS is defining (or more so not fully defining) tax policy and rules, they do something that has an unexpected “presto” result, and something else comes out of the hat. Normally those “unintended consequences” are exploited right away by tax planners and attorneys all over the country, like piling on a loose football in the middle of a fourth and goal play.   At least until the news of the unintended benefits gets back to the right ears in Washington, and then the service will pass guidance and plug up the hole in the code.

An example of this would be conservation easements.  The IRS has given a tax break for deed restrictions in the form of conservation easements for a long time; they just never considered that smart attorneys would create LLCs and “syndicated conservation easements” so that many people could share in one deduction.  To date, although they have threatened to plug up the “unintended benefits” loophole and have treated them as “listed transactions” they are STILL quite legal and going on all over the US.  It seems that since Obama left office there’s been little time for the government’s list of things to get done or fixed, as they have been busy dealing with crisis after crisis (and burning through mountains of money in the process).

One of the more recent loopholes, in this case because of all the rules not being worked out yet, is crypto currency.

Because it’s being used as an exchange and still is not called a security, it doesn’t come under the 30 day rule that stocks and bonds do for loss harvesting.  With a stock, people who sell a share at a loss must wait 30 days to repurchase that stock if they intend to take a loss on their income taxes.  When they sell stock at a profit, they pay either a short term or long-term capital gain. With crypto, we have gone halfway.  The IRS has decided that sales at a profit will be taxed the same way as a stock, but they have so far neglected to say that if you sell your crypto at a loss that you have a “30 day wait” to repurchase that same currency.  Therefore, if a person bought Bitcoin for instance at $45,000 and can now sell it for $42,000, then they can harvest a loss on their taxes, even though later that day or week they have repurchased that same coin, and if the value then goes back to $45,000, they have not lost any value at all. Of course, trading crypto has costs that are higher than the cost of selling or trading stocks, and risks not related to financial markets that have been established for a century, so those costs and risks may negate some of the tax harvest value.  Or the “Robinhood“ level trader might be in a super low tax bracket where capital gains and losses are a non-event from a tax planning perspective.  But for many, taking advantage of crypto selling when the value is down seems to be an unintended benefit within the tax code, at least for now.  The service will likely fix that loophole soon, but with the giant cash fires to attend to, who knows how long it might take?